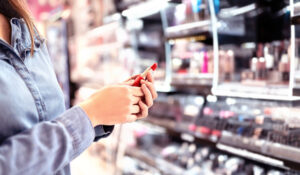 Environmental phthalates — toxic chemicals found in everyday consumer products — may cause increased growth of uterine fibroids, the most common tumours among women, according to a study.Manufacturers use environmental phthalates in numerous industrial and consumer products, and have also been detected in medical supplies and food, the researchers said. Although phthalates are known to be toxic, they are currently unbanned in the US, they said.“These toxic pollutants are everywhere, including food packaging, hair and makeup products, and more, and their usage is not banned,” said study corresponding author Serdar Bulun, from the Northwestern University Feinberg School of Medicine, US.“These are more than simply environmental pollutants. They can cause specific harm to human tissues,” Bulun said.Fibroids are muscular tumors that grow in the wall of the uterus. Fibroids are almost always not cancerous. Not all women with fibroids have symptoms.Bulun said up to 80 per cent of all women may develop a fibroid tumor during their lifetime.One-quarter of these women become symptomatic with excessive and uncontrolled uterine bleeding, anemia, miscarriages, infertility and large abdominal tumors necessitating technically difficult surgeries.The study, published in the journal PNAS, found that women with a high exposure to certain phthalates such as DEHP and its metabolites have a high risk for having a symptomatic fibroid.DEHP is used as a plasticiser to increase the durability of products such as shower curtains, car upholstery, lunchboxes, shoes and more.Previous epidemiological studies have consistently indicated an association between phthalate exposure and uterine fibroid growth, but this study explains the mechanisms behind that link.The scientists discovered exposure to DEHP may activate a hormonal pathway that activates an environmentally responsive receptor (AHR) to bind to our genetic material, DNA, and cause increased growth of fibroid tumours.“Interestingly, AHR was cloned in the early ’90s as the receptor for dioxin, the key toxin in the agent orange,” Bulun said.

Tags:Chemicals in consumer products may cause tumours in women: Study