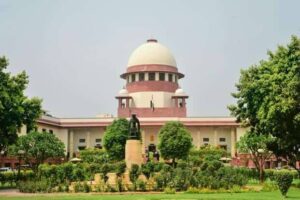 Reaffirming that forced religious conversion is a ”serious issue”, the Supreme Court said on Monday it is against the Constitution. The court was hearing a plea filed by advocate Ashwini Kumar Upadhyay seeking direction to the Centre and states to take stringent steps to control fraudulent religious conversion by ”intimidation, threatening, deceivingly luring through gifts and monetary benefits”.
The Centre told the court it is collecting information from states on religious conversion through such means.
Appearing before a bench of Justices M R Shah and C T Ravikumar, Solicitor General Tushar Mehta sought time to furnish detailed information on the issue.
”We are gathering information from the states. Give us a week’s time,” Mehta said.
He said statutory the regime will determine whether a person is converting due to some change in belief. The top court acknowledged forced religious conversion is a very serious matter.