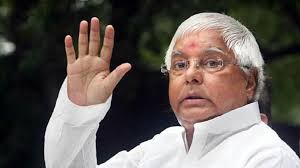 Doctors in Singapore successfully transplanted the kidney of former Bihar Chief Minister Lalu Prasad Yadav on Monday, his son and Bihar’s Deputy Chief Minister Tejashwi Yadav said.
Lalu Prasad was admitted in the Mount Elizabeth hospital in Singapore for the transplant. His daughter Rohini Acharya has donated the kidney.
Following the successful transplant, Tejashwi released a video from his official Twitter account and said that his father Lalu Prasad and sister Rohini were fine after the operation.
“My father and sister were shifted to ICU from the operation theatre after successful kidney transplant. Both of them are healthy and interacted with us. Thanks for the blessings by everyone,” Tejashwi added.