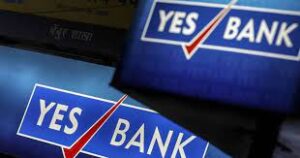 Yes Bank reported a 79 per cent dip in its consolidated December quarter net at Rs 55.07 crore on Saturday as provisions on legacy bad assets made it set aside higher amounts as provisions. The private sector lender also announced that it will appeal against the Bombay High Court’s order in the Rs 8,400-crore AT-1 bonds case of 2020, saying it has strong legal grounds to do the same. It reported an 11.7 per cent jump in the core net interest income at Rs 1,971 crore on the back of a 10 per cent advances growth and a 0.10 per cent expansion in the net interest margin at 2.5 per cent. Its non-interest income jumped 55.8 per cent to Rs 1,143 crore and was largely helped by a Rs 100 crore sale of corporate bonds received as part of a dud loan resolution. The overall provisions shot up to Rs 845 crore from the Rs 375 crore in the year-ago period, which the bank’s chief executive and managing director Prashant Kumar explained as ageing of legacy bad assets-related. If one were to add the net non-performing assets and security receipts, there is still an outstanding of Rs 5,746 crore which the bank is carrying that may require more ageing-related provisions in the future, he said. The transfer of a bulk of its bad assets to J C Flowers asset reconstruction company resulted in the gross non-performing assets ratio dropping to 2 per cent from the over 13 per cent level in the quarter-ago period. The gross slippages stood at Rs 1,610 crore for the quarter, including Rs 962 crore on the corporate side and Rs 549 crore on the retail front. Kumar said corporate slippages will fall to Rs 300-500 crore per quarter going forward. The bank has recovered over Rs 4,300 crore of loans till now, and with an additional Rs 1,000 crore expected in the last quarter, is all set to exceed the FY23 guidance of Rs 5,000 crore in recoveries, Kumar said.