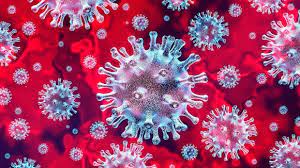 Chennai: With the third wave of Covid-19 flattening, researchers now predict that a fourth wave may begin in India around 22 June and continue till 24 October.

The severity of a fourth wave, however, will depend on the emergence of new variants and the vaccination status of people, including the administration of a booster dose, they said.

The study has been led by Sabara Parshad Rajeshbhai, Subhra Sankar Dhar and Shalabh of IIT Kanpur’s Mathametic department using a mixture of Gaussian distribution based on the data on Zimbabwe. The study has been published as a pre-print in MedRxiv, but it is yet to be peer-reviewed.

According to the researchers, the data indicates that the fourth wave of Covid-19 in India will arrive after 936 days from the initial data availability date, which is 30 January, 2020.

Motivated by the study, we investigated the forecasting of a fourth wave in India,’ the researchers said.

Tags:researchers now predict that a fourth wave may begin in India around 22 June and continue till 24 October.With the third wave of Covid-19 flattening