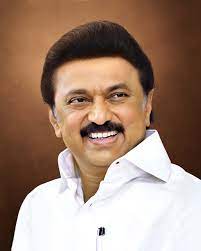 Stalin would visit New Delhi on 2 April to inaugurate the state-of-the-art office, which would serve the party’s interests in the national capital.

According to sources, the event would be an ice-breaking occasion for leaders to stand together and take on the BJP, especially after the ruling party’s massive victory in the recently concluded State Assembly elections.

This is not the first time for Stalin to set a platform for opposition leaders. His attempt to form the Social Justice Forum, the recent launch of his autobiography and his interactions with Mamata were seen as Stalin’s sincere attempts to form a national front against BJP.

Mamata Banerjee had reportedly called the DMK chief to share her grievances over the Governors of non-BJP ruled States allegedly misusing their powers. Stalin said Banerjee had suggested a meeting consisting of the CMs of the non-BJP ruled states. He also said he assured her of DMK’s vow to help states maintain autonomy.

A few days ago, expressing concern over the BJP-led Centre’s move to impose ‘regressive ideas’ in the Universities’ syllabus, Stalin had reiterated the need to bring education back in the State list in the Constitution from the Concurrent list.

In his virtual address at the inauguration of the Association of Indian Universities-South Zone Vice Chancellors’ Meet, held at Bharathiar University in Coimbatore, he termed as a worrisome development, the Central government introducing ‘regressive ideas’ in the syllabus (of universities).

The Centre making use of education coming under the Concurrent List and using its powers to introduce regressive ideas in the syllabus is worrisome, he said. The best solution to this was to bring education back to the State List from the Concurrent list, he added.