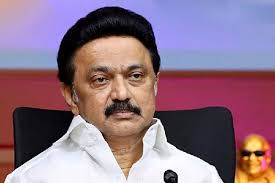 In a memorandum submitted her, he also sought the release of balance basic grant and performance grant under Local Body Grant recommended by the 14th Finance Commission, which had recommended a sum of Rs.7899.69 crore as Basic Grant for Rural Local Bodies during its award period 2015-2020.

However, the Union government has not released the basic grant of Rs.548.76 Crore to Tamilnadu due to non conduct of local body elections in 2900 Village Panchayats due to litigations in the court which are beyond the control of the State Government.

Subsequently, the elections in these 2900 Village Panchayats were held on October six and nine, 2021 and elected members have assumed their posts.

He said similarly, the 14th Finance Commission has also recommended a grant of Rs.2524.20 crore as Performance Grant to Tamil Nadu during the period 2016-17 to 2019-20. On the above, the Union Government had released a sum of Rs.494.99 Crore for the year 2016-17 for which the utilisation certificates have been furnished with a request to release the grant for the year 2017-18.

However, the Union government has released the performance grant to most of the States for the year 2017-18.

‘Hence, we urge that the balance basic grant of Rs.548.76 crore and performance grant of Rs. 2029.22 crore be released to Tamilnadu early’, he said.

‘We request that the pending dues of Rs.20860.40 crore be released to Tamilnadu at the earliest, so that the State could effectively overcome from the fiscal crisis’, the Chief Minister said and urged the Union government to extend the period of compensation by at least two years beyond June 2022.