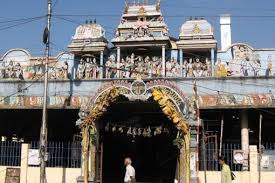 Chennai: With the State government taking over Ayodhya Mandapam in the city claiming that it was a temple and devotees opposing to the move saying it was just a prayer hall, a fresh controversy has erupted in Tamilnadu.

Located in West Mambalam area of the city, Ayodhya Mandapam is a devotional centre that regularly conducts religious discourses and other spiritual events.

Last week, the Hindu Religious and Charitable Endowments department took over the centre citing a court order, amid strong protests from devotees. The issue was raised in the Assembly by the BJP, forcing Chief Minister M K Stalin to issue a detailed reply, besides HR&CE Minister P K Sekarbabu.

Even as Sri Ram Samaj, the society that managed the Mandapam, has intensified its legal fight, regular visitors to the facility are of the strong opinion that it was not a temple.

‘Ayodhya Mandapam has never been a temple. It is a prayer hall. And, the government has no business to take over it. At a time when demands are being made to free even temples from the control of HR&CE department, the move to take over the Mandapam is strongly condemnable,’ said Ramamoorthy, a regular visitor.

Santhi, another devotee, said, ‘the government should withdraw itself from interfering into Hindu religious affairs, like how it deals with other religions. The Samaj was running the Mandapam well.’

However, officials cited complaints against the Samaj and said they were forced to take over the Mandapam due to court order.

Tags:a fresh controversy has erupted in Tamilnadu.With the State government taking over Ayodhya Mandapam in the city claiming that it was a temple and devotees opposing to the move saying it was just a prayer hall