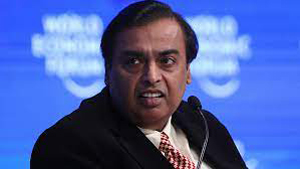 Abu Dhabi Chemicals Derivatives Company RSC Ltd (TA’ZIZ) and RIL, have signed the formal shareholder agreement for the TA’ZIZ EDC and PVC project, the company said in a statement.
TA’ZIZ is joint venture between ADNOC and sovereign wealth fund ADQ.

Under the terms of a strategic agreement, Reliance and TA’ZIZ will build plants with the capacity to produce 940,000 tonnes per annum of Chlor-alkali, 1.1 million tonnes a year of ethylene dichloride and 360,000 tonnes per year of polyvinyl chloride at the TA’ZIZ Industrial Chemicals Zone.

Chlor-alkali is used in water treatment and manufacture of textiles and metals, while ethylene dichloride is typically used to produce PVC, which has a wide range of applications across housing, infrastructure and consumer goods.

The TA’ZIZ EDC & PVC joint venture will construct and operate a Chlor-Alkali, Ethylene Dichloride (EDC) and Polyvinyl Chloride (PVC) production facility, with a total investment of over $2 billion.
These chemicals will be produced in the UAE for the first time, unlocking new revenue streams and opportunities for local manufacturers to ‘Make it in the Emirates’, the statement added.

The formal shareholder agreement was signed by senior executives during a visit of Ambani, chairman and managing director of Reliance, to ADNOC headquarters.

During the visit, Ambani met Sultan Al Jaber, Minister of Industry and Advanced Technology and ADNOC managing director and Group CEO, and discussed opportunities for partnership and growth in upstream, new energies and decarbonisation across the hydrocarbon value chain, the statement said.

Dr Al Jaber and Mr Mukesh Ambani exchanged a signed framework agreement between ADNOC and Reliance to explore collaboration in the exploration, development and production of conventional and unconventional resources in Abu Dhabi as well as in decarbonization of operations, including in carbon dioxide (CO2) sequestration, it said.

Al Jaber said, Reliance is a valued strategic partner and our collaboration at TA’ZIZ underscores the important role of industrial and energy cooperation as a means of strengthening the deep-rooted and friendly ties between the UAE and India.

Ambani said, This joint venture is a testimony to the strong and growing ties between India and the UAE and will be a benchmark for more such projects built on the strengths of the two nations. I am looking forward to the implementation of the project at an accelerated pace, taking a step further in enhancing the lives of our people in the region.

It is anticipated that the TA’ZIZ complex will benefit from the free trade agreement between India and the UAE, which was signed in February this year. Bilateral trade between both the nations will be boosted as new trade and development opportunities, such as TA’ZIZ, are further unlocked.