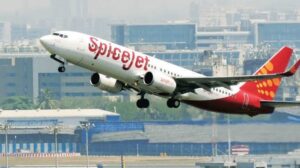 In the wake of rising prices of jet fuel and the depreciation of the Indian Rupee, India’s low-cost airline SpiceJet on Thursday called for 10-15 per cent hikes in airfares to sustain the operation.

SpiceJet Chairman and Managing Director (CMD) Ajay Singh on Thursday said there is no option left other than to hike airfare by 10-15 per cent to meet the operation cost of airlines.

He emphasised on the continued trend of the weakening of Indian rupees against US dollar (USD) and going up of air turbine fuel (ATF) prices.

Singh said, “The sharp increase in jet fuel prices and depreciation of Rupee have left domestic airlines with little choice but to immediately raise fares. we believe that a min 10-15 per cent increase in fares is required to ensure that cost of operations is better sustained.”