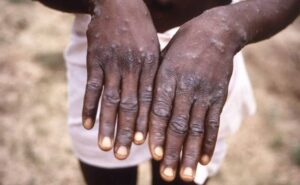 The number of monkeypox cases in Britain has exceeded 500, according to the latest official figures.

“Anyone can get monkeypox, particularly if you have had close contact, including sexual contact, with an individual with symptoms. Currently most cases have been in men who are gay, bisexual or have sex with men,” the UKHSA said.

David Heymann, professor of infectious disease epidemiology at London School of Hygiene and Tropical Medicine, said: “It is important not to jump to conclusions or stigmatise certain groups or individuals.