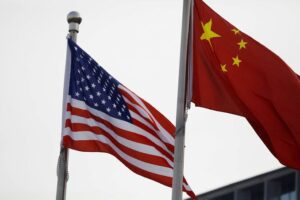 The United States is rallying its allies against forced labour as it begins implementing an import ban on goods from China`s Xinjiang region, where it says Beijing is committing genocide of the Uyghur population. US Customs and Border Protection (CPB) on 21 June began enforcing the Uighur Forced Labour Prevention Act, which US President Joe Biden signed into law in December.

As per new rules all goods from Xinjiang, where Chinese authorities established detention camps for Uighurs and other Muslim groups, are made with forced labour and barred from import unless it can be proven otherwise. We are rallying our allies and partners to make global supply chains free from the use of forced labour, to speak out against atrocities in Xinjiang, and to join us in calling on the government of the PRC to end atrocities and human rights abuses immediately, US State Secretary Antony Blinken said in a statement, referring to China by its formal name, the People`s Republic of China.