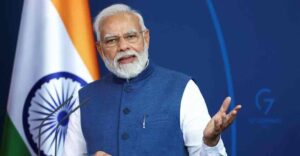 Prime Minister Narendra Modi on Tuesday hailed the achievement of Unified Payments Interface (UPI) transactions crossing 6 billion in July — the highest ever since its launch six years back.
According to data released by the National Payments Corporation of India (NPCI), UPI reported 6.28 billion transactions worth Rs 10.62 trillion in July — an increase of 7 per cent over June.
“This is an outstanding accomplishment. It indicates the collective resolve of the people of India to embrace new technologies and make the economy cleaner. Digital payments were particularly helpful during the COVID-19 pandemic,” Modi said in a tweet.