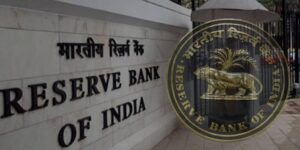 The Reserve Bank of India has maintained consistency in the recent monetary policy statement by focusing on the “withdrawal of accommodation” as its stance to contain inflation, said industry body FICCI.
“The Central Bank has delivered the third consecutive increase in the policy rate today – increasing the benchmark repo rate by a total of 140 bps since May this year. Inflation has been over the comfort range of the Central Bank, however, the recent moderation in global commodity prices should hopefully offer some respite going ahead,” Sanjiv Mehta, President, FICCI said in a statement hours after RBI’s monetary policy statement.
The medium-term growth drivers for India are very much intact and recovery is expected to find firmer ground by the latter part of this financial year, Mehta said.
“We further hope as inflation ebbs, RBI will dynamically manage its monetary policy stance and continue to support growth impulses in the economy,” added Mehta.
For the record, the monetary policy committee of the Reserve Bank of India has unanimously decided to raise the repo rate by 50 basis points to 5.40 per cent in order to contain the persistently high inflation.
Today’s hike takes the repo rate above pre-pandemic levels of 5.15 per cent. The three-day monetary policy committee meeting commenced on Wednesday.
Raising interest typically suppresses demand in the economy, thereby helping inflation to decline.
In line with the global trend of monetary policy tightening to cool off inflation, the RBI has so far hiked the key repo rates — the rate at which the central bank of a country lends money to commercial banks — by 140 basis points.
The MPC reiterated that retail inflation is projected to remain above the upper tolerance level of 6 per cent through the first three quarters of 2022-23.
Inflation projections are retained at 6.7 per cent in 2022-23, RBI Governor Shaktikanta Das said while announcing the outcomes of the monetary policy.
In India, retail inflation has been over the Reserve Bank of India’s upper tolerance band of 6 per cent for the sixth consecutive month in a row in June.