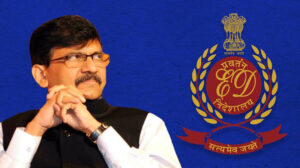 Shiv Sena MP Sanjay Raut was sent to judicial custody till August 22 in connection with the Patra Chawl land case on Monday. The Court allowed all the medicines to Shiv Sena leader in Judicial custody which he was allowed in ED custody earlier. Earlier on August 1, Raut was sent to Enforcement Directorate’s custody till August 4 in the same case.On the same day, ED produced him before a special sessions court after his arrest. ED officials visited the Shiv Sena leader’s home on July 31, and after detaining and questioning him for several hours, arrested him on August 1.