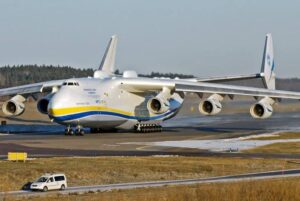 Ukraine said Wednesday that nine Russian warplanes were destroyed in a deadly string of explosions at an air base in Crimea that appeared to be the result of a Ukrainian attack, which would represent a significant escalation in the war.
Russia denied any aircraft were damaged in Tuesday’s blasts or that any attack took place. But satellite photos clearly showed at least seven fighter planes at the base had been blown up and others probably damaged.
Ukrainian officials stopped short of publicly claiming responsibility for the explosions, while mocking Russia’s explanation that a careless smoker might have caused ammunition at the Saki air base to catch fire and blow up. Analysts also said that explanation doesn’t make sense and that the Ukrainians could have used anti-ship missiles to strike the base.
If Ukrainian forces were, in fact, responsible for the blasts, it would be the first known major attack on a Russian military site on the Crimean Peninsula, which was seized from Ukraine by the Kremlin in 2014. Russian warplanes have used Saki to strike areas in Ukraine’s south.
Crimea holds huge strategic and symbolic significance for both sides. The Kremlin’s demand that Ukraine recognize Crimea as part of Russia has been one of its key conditions for ending the fighting, while Ukraine has vowed to drive the Russians from the peninsula and all other occupied territories.
The explosions, which killed one person and wounded 14, sent tourists fleeing in panic as plumes of smoke rose over the coastline nearby. Video showed shattered windows and holes in the brickwork of some buildings.
One tourist, Natalia Lipovaya, said that “the earth was gone from under my feet” after the powerful blasts. “I was so scared,” she said.