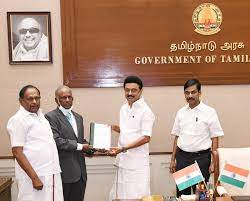 The Justice A Arumughaswamy Commission of Inquiry set up to probe into the circumstances that led to the death of AIADMK icon and former chief minister J Jayalalithaa completed the investigation a few weeks ago.

The Jayalalithaa death probe was set up in the wake of allegations from AIADMK leader O Panneerselvam that VK Sasikala, and her family, had played a role in the death of the iconic politician. The Commission was set up in September 2017 under retired judge A Arumughaswamy.

Witnesses ranged from Sasikala’s brother Divaharan to nurses at the Apollo Hospitals unit in Chennai, where Jayalalithaa was treated, to the domestic staff at her ‘Veda Nilayam’ residence in Poes Garden Chennai. Health officials, government doctors, bureaucrats, and members from the political community, too, were part of those summoned for inquiry.