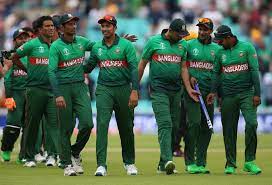 Dhaka : Bangladesh announced its squad for the upcoming ICC T20 World Cup 2022 in Australia on Wednesday, with veteran and former skipper Mahmudullah being a notable omission from the squad. The 15-member squad will be led by Shakib Al Hasan. A lot of players from the Asia Cup squad like Parvez Hossain Emon, Anamul Haque, Mahedi Hasan and Mohammad Naim will not travel to Australia after a disastrous Asia Cup campaign that saw them exit from the tournament in Group Stage after losing both their matches against Sri Lanka and Afghanistan.Another name missing from the squad is Mushfiqur Rahim, who recently announced his retirement from the shortest format after his side’s Asia Cup exit.