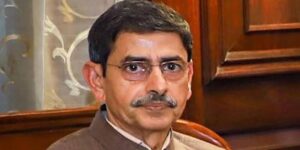 Tamilnadu Governor RN Ravi will leave to New Delhi today. He will call on Home Minister Amit Shah and brief him about the law and order situation in the State following NIA raids on PFI and SDPI premises recently followed by petrol bombs attack on the houses and vehicles belonging to BJP, Hindu Munnani and RSS cadres.
There were incidents of unidentified miscreants hurling Molotov cocktails in Kovi, Madurai, Salem and Kanniyakumari.
Police maintained that the miscreants hurled kerosene-filled bottles. Meanwhile, the Tamilnadu police said it has arrested and remanded as many as 19 people in judicial custody for allegedly indulging in violence in western districts in Tamilnadu. The head of the police force, DGP C Sylendra Babu also warned about invoking the National Security Act against those indulging in such acts and impeding public peace.The DGP further said security has been beefed up in Coimbatore with the deployment of around 3,500 personnel from the Rapid Action Force and the state commando force, among others.