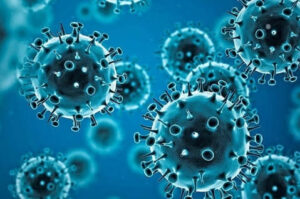 India’s support to the poor and needy during the Covid-19 pandemic crisis is remarkable, and other nations should adopt the Indian move of targeted cash transfer instead of broad subsidies, World Bank President David Malpass said on Wednesday. Covid-19 marked the end of a phase of global progress in poverty reduction.
During the three decades that preceded its arrival, more than 1 billion people escaped extreme poverty. The incomes of the poorest nations gained ground, Malpass said in the forward to a study — Poverty and Shared Prosperity Report — released by the World Bank.
The poorest people bore the steepest costs of the pandemic — income losses averaged four per cent for the poorest 40 per cent, double the losses of the wealthiest 20 per cent of the income distribution. Global inequality rose, as a result, for the first time in decades, as per the report.
Malpass in the forward to the report said the rise in poverty in poorer countries reflects economies that are more informal, social protection systems that are weaker, and financial systems that are less developed. Yet several developing economies achieved notable successes during Covid-19.
”Helped by digital cash transfers, India managed to provide food or cash support to a remarkable 85 per cent of rural households and 69 per cent of urban households. South Africa initiated its biggest expansion of the social safety net in a generation, spending USD 6 billion on poverty relief that benefited nearly 29 million people,” Malpass said.
Brazil managed to reduce extreme poverty in 2020 despite an economic contraction, primarily using a family-based digital cash-transfer system.
In short, fiscal policy — prudently used and considering the initial country conditions in terms of fiscal space — does offer opportunities for policymakers in developing economies to step up the fight against poverty and inequality. To realise the potential of fiscal measures, the report calls for action on three fronts, Malpass said.
”Choose targeted cash transfers instead of broad subsidies. Half of all spending on energy subsidies in low- and middle-income economies went to the richest 20 per cent of the population, who also happen to consume more energy.
Tags:Covid India WB