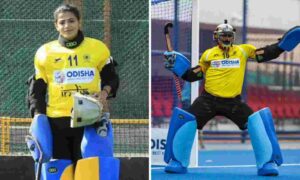 India’s men’s and women’s hockey goalkeepers PR Sreejesh and Savita Punia have been voted the FIH Goalkeepers of the Year 2021/22 in their respective categories, according to the international hockey federation (FIH).Savita was magnificent in the Indian goal, often surprising her opponents with her ability to pull off saves from impossible situations during the 2022 Tokyo Olympics and the Birmingham Commonwealth Games.”It therefore comes as no surprise that she received nearly twice as many votes from her peers around the world, as anyone else nominated in the best goalkeeper category at the FIH Hockey Stars Awards,” said an FIH statement.Savita is not just India’s last line of the defence, she also plays a crucial role in leading the side, having taken over the captaincy from Rani Rampal, who missed a large part of the previous year due to injury.

Savita was instrumental in leading India to a podium finish in the Pro League 2021/22, in their debut campaign, pulling off 57 saves in the 14 games she played.Her form only improved at the Women’s World Cup, as she pulled off some incredible saves as India held the eventual gold medallists England to a draw in the Pool stages. She also had a remarkable game in the cross-over match against Spain, making seven saves, according to FIH.As India headed to the Commonwealth Games following a dismal World Cup campaign, Savita once again inspired her team, as India ended a 16-year podium drought in Birmingham. She had a superb game in the bronze-medal match against New Zealand, which included multiple match-winning saves in the shoot-out that brought about the end of the medal drought for the Indian women’s team.