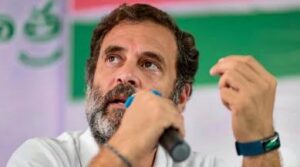 Congress leader Rahul Gandhi attacked the Centre and said that there has been a “systemic attack” on various institutions. Speaking during Bharat Jodo Yatra’s Telangana’s leg, Gandhi hit out at BJP-led Centre and said that the judiciary, bureaucracy, and media are all “under attack”.
“Lot of damage done to the institutional framework of our country under the current government at Centre,” Rahul said.
“When Congress returns to power, we’ll ensure that these institutions are freed from the grasp of RSS and independence is maintained in these institutions,” the former Congress chief said during a media interaction