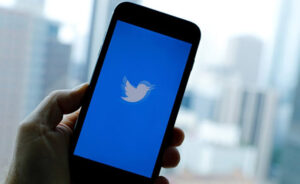 Amid speculations that Twitter is mulling about USD 20 per month charge for verification badge, IT minister Rajeev Chandrasekhar today said there has been no confirmation from the microblogging platform on the issue, and that any comment can be made only after Twitter’s position is known.
”It is not from Twitter, someone has floated that story…it is not confirmed by Twitter. Let them say what they have to say and then we will comment…I can’t jump at something that somebody is speculating,” the minister said when asked for comments on reports that Twitter is considering charging for the coveted blue tick mark verifying the identity of its users.
The CEO of electric car maker Tesla Inc, Elon Musk, on Friday completed his USD 44-billion takeover of Twitter, placing the world’s richest man at the helm of one of the most influential social media apps in the world. Incidentally, the microblogging platform has had multiple run-ins with the government in the past.