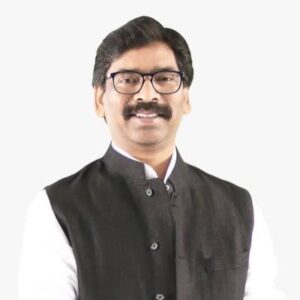 The Enforcement Directorate (ED) has summoned Jharkhand Chief Minister Hemant Soren, asking him to appear for questioning on November 3 in its ongoing probe into illegal mining case, sources said on Wednesday.
Soren has been asked by the agency to appear before its Jharkhand’s Ranchi based regional office by 11.30 am.
The ED’s move came almost a month after it seized a passbook and a chequebook, including two signed cheques, of Soren from the home of his alleged close associate Pankaj Mishra, who enjoyed political clout being the representative of Soren and exercised considerable control over illegal mining businesses as well as inland ferry services in Sahebganj and its adjoining areas through his accomplices.
Mishra is in judicial custody now for exercising control over the mining of stone chips and boulders as well as installation and operations of several crushers set up across various mining sites in Jharkhand’s Sahebganj district.
The ED made the revelations after it filed a Prosecution Complaint under the Prevention of Money Laundering Act (PMLA), 2002 before the special court at Jharkhand’s capital Ranchi against Pankaj Mishra, Bachhu Yadav, and Prem Prakash.
During the investigation, 47 searches were conducted by the ED throughout India on several dates resulting into the seizure of Cash amounting to Rs 5.34 crore, freezing of bank balances amounting to Rs 13.32 crore, freezing of an inland vessel MV Infralink -III, reg. No- WB 1809, 5 number of stone crushers, two Hyva trucks besides the seizure of incriminating documents along with two numbers of AK 47 Assault Rifles.
ED had arrested Pankaj Mishra on July 19, Bachhu Yadav on August 4 and Prem Prakash on August 25. All the accused persons arrested so far are presently in judicial custody.
ED initiated money laundering investigation on the basis of First Information Report registered by Barharwa Police Station, Sahebganj under various sections of Indian Penal Code, 1860, against Pankaj Mishra and others. Later on, several FIRs regarding illegal mining lodged under IPC, Explosive substances Act, Arms Act have also been taken into the ambit of scheduled offence.