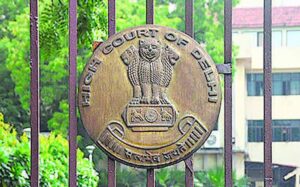 The city police on Friday told the Delhi High Court that it will file within six weeks a charge sheet in the case of alleged molestation of students during a cultural festival at the all-women Gargi College here in February 2020.
A bench headed by Chief Justice Satish Chandra Sharma, which was hearing a petition by advocate M L Sharma for a court-monitored CBI probe into the incident, was informed that while 18 people were arrested in the matter and all CCTV footage has been seized, there is a delay in filing of charge sheet as students had returned home after the onset of the pandemic.
The bench, also comprising Justice Subramonium Prasad, granted four weeks’ time to the Delhi Police to file its response and orally asked the agency to file a charge sheet in the matter.
“You file a charge sheet in respect of people who have already been arrested,” it said.