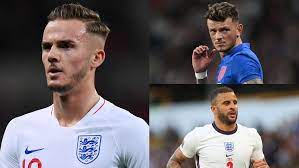 England included in-form Leicester City forward James Maddison in its squad for the World Cup in Qatar, with forwards Callum Wilson and Marcus Rashford also selected.Maddison and Newcastle United striker Wilson have not played for England since 2019, but have been rewarded for fine starts to the domestic season. Manchester United’s Rashford is another player who has found some goal-scoring form this term, which persuaded England coach Gareth Southgate to bring him back into the fold. He had last appeared as a substitute in the European Championship 2020 final last July.Manchester City duo of Kyle Walker and Kalvin Phillips, who have both been injured for much of the campaign, have been included, with Manchester United defender Harry Maguire in despite not playing regularly for his club.