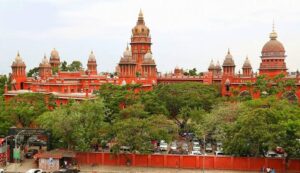 The Madras High Court on Monday recalled its earlier order, which set aside the First Information Report (FIR) registered against controversial Godman Siva Shankar Baba in a sexual harassment case.
Justice R N Manjula recalled her order passed on October 17 after being satisfied with the submissions of State Public Prosecutor Hasan Mohammed Jinnah, today.
Originally, while allowing a petition from Baba, Justice Manjula had set aside the FIR registered against him after holding that the case was barred by limitation. The allegation of sexual harassment by Baba, made by the complainant, mother of a boy studying in the school run by the Godman, was serious in nature.
However, in the absence of any petition under section 473 CrPC to condone the delay filed along with the complaint, the case becomes barred by limitation. Hence, the investigation could not serve any fruitful purpose and for the reasons of technical flaw, the FIR is liable to be quashed, the judge had held.