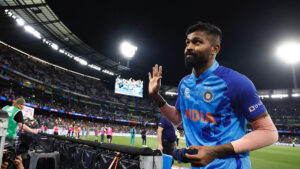 When India announced their playing eleven for the third T20I against New Zealand in a rain-hit tied match at McLean Park in Napier on Tuesday, many were angry over middle-order batter Sanju Samson and tearaway pacer Umran Malik not getting a chance to play in any of the two games in the bilateral series.Asked about not giving players like Samson and Umran, apart from Shubman Gill and Kuldeep Yadav game-time in the series which India won 1-0 and had begun with a washout, captain Hardik Pandya admitted that it’s hard to not include them in the playing eleven and added that when a player is not picked in the matches, they are aware that it’s not personal.“It’s not difficult, but about how you handle it. It’s simple for me — I have the same sort of equation with all the players. When I can’t pick a player, he knows it’s not personal. It’s got to do with the situation. I am a peoples’ person and have always kept people around me.“So if anyone needs me, I will be there for them. Everyone knows that if they feel anything at all, my doors are always open for them to come and have a chat with me, because I understand how they are feeling,” said Pandya in the post-match press conference

With India not having their regular top three of captain Rohit Sharma, Virat Kohli and KL Rahul, many would have felt that Samson may be given a run in T20Is against New Zealand. But it didn’t happen. Pandya stated that he could emphasize with how the people on the bench must be feeling.

Tags:he knows it's not personal: HardikWhen I can't pick a player