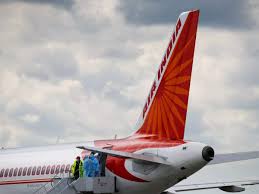 Mumbai : Within three months of taking control of Air India, Tata Group has started the process of restoring the salaries of pilots and cabin crews to the pre-COVID level as air traffic increases.

Salaries and allowances of Air India pilots and cabin crews were cut sharply after COVID-19 pandemic hit the airlines business.

In an organisational announcement, Air India on Friday said, As the hope of a post-pandemic world seems within reach and the Aviation Sector takes off once again with some visible changes in our performance, we are happy to inform you that your salary cuts have been reviewed and the restoration of salaries will happen in a phased manner.

With effect from April 1, 2022, employee salaries have been restored by almost 75 per cent as compared to the pre-COVID pandemic level. Air India has restored 20 per cent of the flying allowance for pilots.

For cabin crew, the flying allowance has been restored by 10 per cent. It was cut by 15 per cent. Wide body allowance, which was cut by 20 per cent, has been restored to 5 per cent in the current phase. The organisational announcement letter signed by Amrita Sharan, Director (Personnel), Air India, noted that the salaries would be reviewed further as performance improves in coming months.