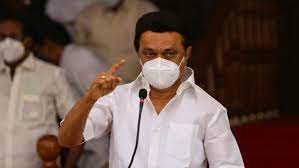 Chennai: Chief Minister M K Stalin today made a slew of announcements in the State Assembly, aimed at strengthening the functioning of local bodies.

Announcing an increase of five to ten times in the sitting fee of the local representatives, he said 1 November shall be observed as ‘Local Governance Day.’

The Chief Minister said the number of meetings held by the Gram Sabhas a year will be increased from four to six. He also announced that new vehicles will be purchased for local body representatives.

Stalin announced setting up of Village Secretariats across the state, with 600 of them slated to come up this year. He said these facilities will have all amenities including conference hall and each of them will be constructed at an estimated Rs 40 lakh each.

Tags:aimed at strengthening the functioning of local bodies.Chief Minister M K Stalin today made a slew of announcements in the State Assembly