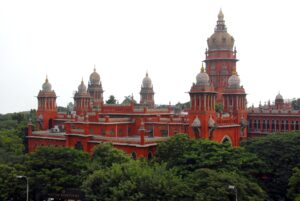 Chennai : Madras High Court passed an interim stay on a circular issued by registrar of cooperative societies for amending bylaws for deciding the powers to sign the cheques. The Court said that no provision empowers the registrar for amending bylaws. Justice GR Swaminathan passed the direction on hearing the matter filed by G Senthil Kumar. The petitioner challenged the circular dated March 22 since it wanted to amend bylaws so that the cheque signing powers would rest only with the secretary of the cooperative society. “I am unable to notice any other provision which can confer powers to the registrar of cooperative societies to issue a circular of this nature. Prima facie, the circular appears to be without jurisdiction. Therefore, there shall be an order of interim-stay, ” Justice Swaminathan held. The judge passed the order after the petitioner’s counsel IS Inbadurai stated that the impugned circular was against the Tamil Nadu Cooperatives Societies Act, 1983. “The circular has been issued under Section 84 of the Act. However, Section 84 deals only with the maintenance of accounts and books of the registered societies. The chief executive, that is, the principal paid officer of every registered society by whatever designation he is called or the president of that society, if there is no such chief executive in that society, shall be bound to keep and maintain such accounts and books relating to that society in such manner as may be prescribed. He shall be responsible for the correct and up-to-date maintenance of such accounts and books and producing them when called for an audit under Section 80 or inquiry under Section 81 or examination or investigation under Section 82 and checking of books under Section 83,” the petitioner further explained.