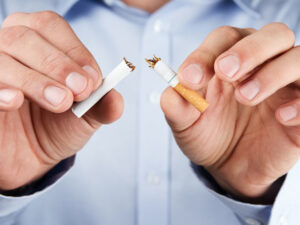 Chennai : The two-day meet on capacity building training for coalition partners on tobacco control which took place in the city called for focused campaigns to support the legislation called Cigarettes and Other Tobacco Products Act 2003 (COTPA) and its effective implementation with the help of the Prime Minister, Health Minister and a large number of MPs. The meet is being organised by Nava Jeevan Trust, an NGO that works for the development of disadvantaged women and children engaged in beedi rolling units in Tirunelveli and its surrounding regions. MP R S Bharathi, MP wanted the society to take the message of tobacco control seriously and follow it religiously. Ranjit Singh, a lawyer practising in the Supreme Court, said that Tamilnadu is in the forefront in terms of implementing the legislation concerning the use of cigarettes and other tobacco products through the COTPA Amendment Bill, 2020.

MP T K S Elangovan wanted the activists and others to go to schools and target the young students with the message on the ill effects of smoking and consuming gutka and other banned tobacco products. He promised to do his best to take the message of tobacco ban to his fellow MPs in both houses of Parliament. Dr Arvind Krishnamurthy of Cancer Institute, Adyar, Chennai, spoke at length on how tobaccos could cause mouth and lung cancer and other life-threatening diseases in the long run. MP V Kalanidhi said over five crore people are working in the tobacco industry and if the ban is applied, all of them will lose their jobs and rehabilitation of them is going to be the main task of the government.