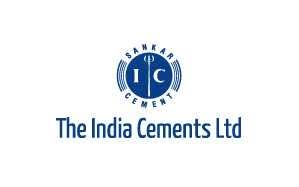 The India Cements Limited (ICL) announced
that it has completed 100 per cent acquisition of the entire paid-up equity
and Preference share capital of the Madhya Pradesh-based Springway Mining Private Limited (SMPL) at a cost of Rs 182.89 crore.
In a regulatory filing, ICL said the acquisition of the shares were completed on June 27 and Springway Mining is now a wholly owned subsidiary.
The main objectives and effects of the acquisition was to set up a cement plant
in the State of Madhya Pradesh.
The Disclosure was made under Regulations 30 of Securities and Exchange Board of India (Listing Obligations & Disclosure Requirements) Regulations, 2015.
In continuation to our letter dated December 3, 2018 intimating that SMPL became subsidiary of our Company, we wish to inform you that our company has completed acquisition of the entire paid-up equity and Preference share capital of SMPL and SMPL has become a wholly owned subsidiary of our Company with effect from June 27, it said in the filing, copies of which were released to the media
Tags:IndiaCements Acquisition