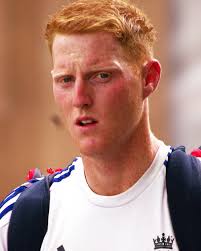 The trio, though, won’t be a part of the three-match T20I series which begins just two days after the end of the ongoing rescheduled fifth Test at Edgbaston. In the T20I squad, uncapped seamer Richard Gleeson had earned his first call-up to the England set-up.

The T20I and ODI series against India will also mark the start of England’s life under the captaincy of new white-ball skipper Jos Buttler after Eoin Morgan announced his retirement from international cricket earlier this week.

Gleeson, who plays for Lancashire, just like Buttler, is currently the second-leading wicket-taker in the ongoing Vitality T20 Blast, picking 20 wickets in 12 matches at an economy rate of 8.05. Leg-spinner Adil Rashid has been permitted by the ECB to miss the white-ball series against India to make The Hajj pilgrimage to Mecca.

Stokes, one of the key members of England’s 2019 ODI World Cup-winning side, has not featured in the format since he stood in as captain for the 3-0 sweep of Pakistan last July before he took a break from the game to take care of his mental well-being.