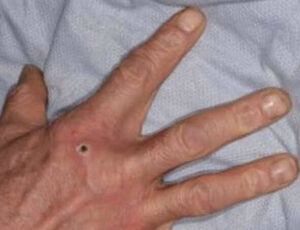 The World Health Organization (WHO) chief Tedros Adhanom Ghebreyesus said that the world needs 5-10 million doses of the Monkeypox vaccine to protect high-risk groups from the virus outbreak. Tedos informed that there were about 16 million doses of approved vaccine available, but only in bulk, so it would take several months to get them into vials. It estimates that between 5 million and 10 million doses of vaccine will be needed to protect all high-risk groups, Tedros said.
Additionally, Tedros highlighted that Europe and the Americas have been affected the most by the monkeypox outbreak. These two regions have reported 95 per cent of the diagnosed cases, he said, warning against stigma and discrimination in monkeypox messaging. Ghebreyesus also informed that over 18,000 monkeypox cases have been reported to the WHO from 78 countries, out of which, more than 70 per cent of these came from the European region and 25 per cent from the Americas.
He said that 98 per cent of the reported cases have been among men who have sex with men, stressing that stigma and discrimination can be “as dangerous as any virus and can fuel the outbreak.”