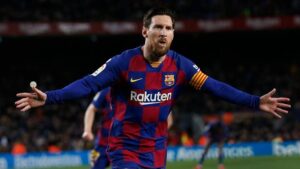 Christophe Galtier has told Paris Saint-Germain’s superstars that a team that defends together can win big together. New head coach Galtier believes squad spirit is contagious, and that such togetherness holds the key to getting the best out of Kylian Mbappe, Neymar and Lionel Messi this season, reports DPA. The man now at the helm at Parc des Princes watched the PSG trio from afar last term, while bossing Nice. They spluttered at times as a combination when they were widely expected to take French and European football by storm.

Rarely have such a starry trio belonged to the same club at the same time, and they will be expected to better last season’s performance as PSG again go after their holy grail: Champions League glory.
In Ligue 1 last season, Mbappe rattled in 28 goals in 35 games, but Neymar again missed chunks of the campaign and finished with 13 goals in 22 outings in the competition, while former Barcelona captain Messi hit the back of the net just six times in 26 league appearances. Mbappe was absent through suspension for the 4-0 Trophee des Champions thrashing of Nantes last weekend. Messi opened the scoring, Neymar added a double, and Sergio Ramos completed the rout as Galtier, who took over from the sacked Mauricio Pochettino in July, picked up early silverware. When the Parisians head to Clermont for their league opener on Saturday, Mbappe will be available once more, and that means in all likelihood the front three will be reunited. “It’s a pleasure to have Kylian Mbappe back for the first league game,” said Galtier. “He’s been involved in our pre-season.” Galtier was asked directly about what the key would be to getting the best out of the front three, but the coach took a tangential path to offering his view, and in doing so indicated he perhaps expects extra effort from Mbappe, Messi and Neymar when it comes to contributing all over the pitch.