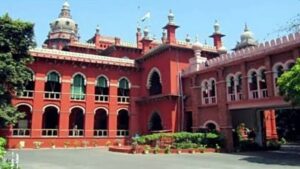 The Madras High Court on Friday rapped higher police officials in Tamil Nadu for still engaging lower level department personnel as ‘orderlies’ at their residences for doing menial jobs, as it rued at the continuance of the ”colonial slavery system.” Unless concrete steps are taken to totally wipe out this practice, the court will have no option but to opt for other course of action under the provisions of the Constitution, Justice S M Subramaniyam warned. ”We, the people of India, are celebrating 75th year of Independence. It is painful to pen down that the colonial slavery system of extracting household and menial works at the residences of the higher police officials are still prevailing in the state of Tamil Nadu. It is a slap on the Constitution and the democracy of our great nation. When we are progressing towards vibrant democracy, the higher police officials in the state are following the colonial slavery system of extracting household and menial works from the trained uniformed police personnel.” ”It is an issue to be considered seriously. Such uniformed trained police personnel are performing the household and menial jobs in the residences of the higher officials at the cost of the tax payers’ funds. Public has a right to question the mindset of the higher officials,” the judge observed.