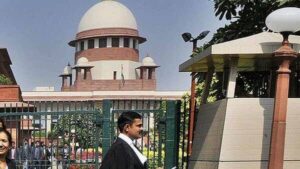 The Supreme Court, while responding to a plea seeking a ban on the announcement of freebies by political parties in the run-up to the elections, referred that matter to a three-judge bench on Friday. “Looking into the complexities of the issues involved and the prayer to overrule the judgement rendered by a two-judge bench of this court in Subramaniam Balaji vs The Government of Tamil Nadu, we direct listing of the set of petitions before a three-judge bench after obtaining the orders from the Chief Justice of India,” the bench said.
During the hearing, a bench headed by Chief Justice N V Ramana stated that “there can be no denying that in an electoral democracy, the true power lies with the electorate and the electorate judges the parties and candidates.”