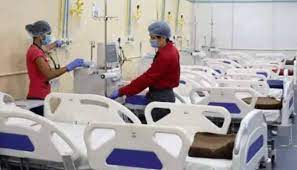 Two patients in the intensive care unit (ICU) of a hospital in Ballari died allegedly during power outage, a charge denied by the Karnataka government which said it is ready to conduct a probe into the issue that rocked the State Assembly on Thursday.Maula Hussein (35), suffering from kidney-related ailments, and Chettemma (30), a snake-bite victim, died at the Vijayanagara Institute of Medical Sciences (VIMS) in the district headquarters town of Ballari on Wednesday at 9.30 AM and 9.35 AM respectively.Some reports attributed the deaths to power-cut and a defunct power generator or backup at the government medical college hospital.Denying the allegation, VIMS and the government said the deaths were not due to power-cuts, and the backup was readily available.In the Assembly, the opposition Congress claimed that actually three people died due to alleged negligence on the part of the government and demanded that the Health Minister K Sudhakar resign.Raising the issue during the Zero Hour, the Leader of Opposition Siddaramaiah said there was a power-cut from 8 AM to 10:30 AM and at the same time the generator was also not functioning and three people who were in the ICU died as the ventilators did not function.He held director of the medical college, Health Department, Minister and officials, Deputy Commissioner of the district, responsible for the deaths and the government should own up.

Tags:2 ICU patients die allegedly due to power-cut in Karnataka