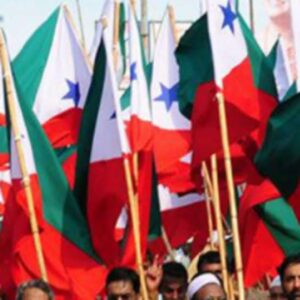 A day after Popular Front of India leaders were arrested in a massive country-wide raid, the outfit’s dawn-to dusk hartal began on Friday and incidents of stone pelting and attack on vehicles including KSRTC buses by protesters were reported from various places in the state.
The shutdown in Kerala has been called by the PFI to protest the arrest of its members in nationwide raids by the National Investigation Agency yesterday.
The hartal (strike) started at 6 am and will continue for 12 hours till 6 pm.
In various other parts of the state, the roads were seen deserted this morning with few of people on the roads.
According to the police, stone-pelting incidents were reported at various places in the state.
Two police officers were attacked earlier today by the hartal supporters at Pallimukku in the Kollam district.
Visuals showed hartal supporters pelting stones at the Kerala State Transport Corporation (KSRTC) bus at Panamaram village in Wayanad district.
The bus was going to Kozhikode. KSRTC buses were also attacked in Kozhikode, Kochi, Alappuzha and Kollam.
In the state capital of Thiruvananthapuram, an autorickshaw and a car were seen in a damaged state after being attacked in Poonthura.
Releasing a statement, the PFI state committee said that it considered the NIA’s arrest of PFI national and state leaders “unjust” and “part of atrocities by the state”.