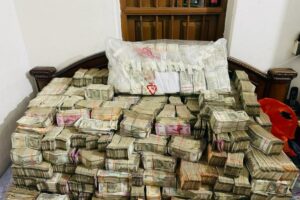 The Enforcement Directorate has frozen more than Rs 68 crore worth of deposits after it raided a company and its related entities that ran mobile games and allegedly duped a number of people, including children, by extracting ”unauthorised” payments from them and later transferred these to Singapore.The federal probe agency said in a statement that it searched three premises of Coda Payments India Pvt Ltd (CPIPL) as part of a money laundering investigation and added the company has collected Rs 2,850 crore till date, out of which Rs 2,265 crore was remitted ”outside” India after retaining certain percentage of revenue for payment of taxes and nominal profits here.The ED said the company ran mobile games such as Garena Free Fire, Teen Patti Gold, Call of Duty and its money laundering case against the company was registered after taking cognisance of multiple police FIRs filed against the company and in some cases, the gaming portals too.

”It is alleged that Coda Payments India Pvt. Ltd. which facilitates and collects payments from end users (mostly unsuspecting children) for games in the name of monetising and generating revenue for web/game publishers, was resorting to unauthorised deductions from the end-users of these games in the name of selling digital tokens which were used by the them (end users) to enhance their playing experience,” the ED said