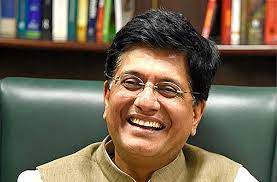 Micro Small and Medium Enterprises (MSMEs) are the real beneficiaries of the Production Linked Incentive (PLI) scheme introduced to boost manufacturing in different sectors, Union Minister of Commerce and Industry Piyush Goyal said on Saturday.Goyal said that the Production Linked Incentive (PLI) scheme has been very well received. He noted that the idea behind PLI was to promote those champion sectors where we have comparative and competitive advantages.”We must get out of the mindset of subsidies and build a resilient and self-reliant business ecosystem that is not dependant on the government.” Goyal observed that Micro Small and Medium Enterprises (MSMEs) are the real beneficiaries of the PLI scheme because when a large industry came up, it brought with it a whole ecosystem of manufacturers and service providers.”The mainstay of India is MSMEs and the mainstay of MSMEs is large industry which aggregates what our MSMEs are doing and provides them with more opportunities,” he said.The minister also assured that every PLI scheme is very carefully and thoroughly assessed in collaboration with Industry before being formulated. He added that the PLI was just a kick-start mechanism and therefore needs to have a sunset clause as ultimately the industry needs to be viable and independent.Goyal announced that 7 new PLI schemes that are not part of the original programme had just been approved and reiterated the Government’s commitment to promote manufacturing in India. He was addressing IIM Ahmedabad’s Red Brick Summit 2022 virtually from New Delhi on Saturday.The minister said that the roll-out of 5G in the country is a very big confidence booster to India’s aspirations for growth and added that the enthusiasm surrounding the launch of 5G is truly empowering.Goyal noted that India’s youngsters made the nation very proud with their out-of-the-box ideas and observed that the spirit of enquiry has finally set into our young people.He expressed his admiration for the simplicity and brilliance of the innovations of countless start-ups of the nation. He said that this simplicity of innovation is what took India from the 81st rank in 2015 to the 40th rank in 2022 in the Global Innovation Index (GII).He said that it was a matter of pride that government, industry and academia have started realizing the value of innovation in India. The minister highlighted India’s green energy push and said that India is one of those few countries which have not only met the commitment it made in Paris in 2015 but has exceeded it.”We committed to 175 GW of clean energy. We have now upped the ante to set a target of 500 GW and we are well on track to achieve it”, he said.Goyal added that our energy mix is expected to be predominantly renewable by 2030. The Minister also noted that India was well on track to create 1 billion tonne Carbon sink through afforestation and rejuvenation.