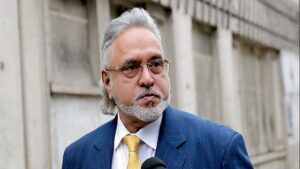 New Delhi : A fresh FIR has been filed against fugitive economic offender Vijay Mallya by Delhi Police for not appearing before a special court in connection with a cheque bounce case.The hearing was going on in Rouse Avenue Court. The court noted that the accused was skipping the trial and was not willing to appear before it. The court then directed the Delhi Police to lodge an FIR against the accused.A senior police official said that they lodged a case under section 174 A of the Indian Penal Code against Mallya following the court direction. The FIR was filed at Connaught Place Police Station of New Delhi District.