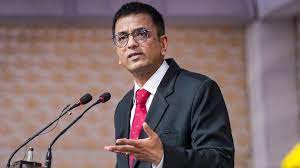 Modi said, if implemented successfully, the idea will immensely benefit youngsters. He added that the Centre was also making efforts to encourage regional languages.

“At a recent function, the Hon’ble CJI Justice DY Chandrachud spoke of the need to work towards making SC judgments available in regional languages. He also suggested the use of technology for it. This is a laudatory thought, which will help many people, particularly youngsters,” the Prime Minister tweeted.

“India has several languages, which add to our cultural vibrancy. The central government is undertaking numerous efforts to encourage Indian languages including giving the option of studying subjects like engineering and medicine in one’s Matru Bhasha,” he added in the Twitter post.

Chief Minister Stalin welcomed CJI’s remarks and said it should be implemented immediately.