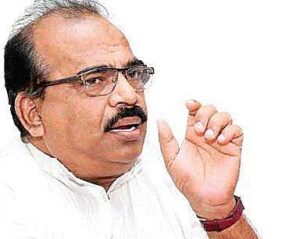 Renowned orator Nanjil Sampath has been admitted to hospital due to illness. He has been taken to Kanniyakumari’s Asaripallam government hospital.Sampath was secretary of propaganda in Vaiko’s MDMK, he later jumped ship to AIADMK in 2012 under the leadership of J Jayalalithaa, where he was made deputy secretary of propaganda. After he was axed from.the AIADMK, Nanjil chose to support DMK.