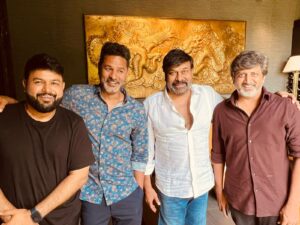 Both will dance for a peppy number.

The choreography for this special dance number will be done by Prabhu Deva, while music is scored by S Thaman.

The makers will film this song soon.

Godfather is in last leg of shooting. Nayanthara is playing an important role, while Puri Jagannadh will be seen in a cameo.

Satya Dev is also playing a full-length role in the movie.

Nirav Shah handles the camera. The film is produced jointly by RB Choudary and NV Prasad, while Konidela Surekha is presenting it.