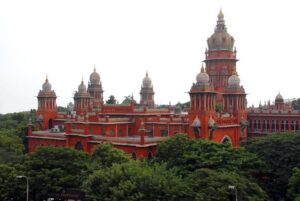 Stating that there was no clarity on the computation used to arrive at the revision in property tax that the Greater Chennai Corporation had announced recently, the Madras High Court imposed an interim stay on the enhancement and directed the civic body to file a counter explaining how the revised tax amount was arrived at.
Justice Anita Sumanth issued the direction while hearing a petition filed by K Balasubramaniam of Teynampet, who sought a direction to quash the property tax revision notice for the year 2022-23 that the Corporation served him on June 28.
According to the petitioner, the half-yearly tax for his property for the second half of 2022-23 is fixed at Rs 7,170 as against the existing tax of Rs 3,695. This was against Section 100 of the Chennai City Municipal Corporation Act, 1919, he contended.
Though city Corporation’s standing counsel Vaitheeswari submitted a resolution adopted by the Corporation Council to increase property tax, the court was not impressed.
Tags:HC Court Property