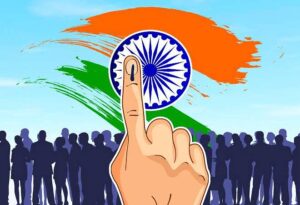 It is unacceptable to dub as ‘freebies’ initiatives aimed at socio-economic development of backward, most backward and all marginalised sections of the society, the DMK said on Sunday.
Tamilnadu’s ruling party, which has knocked on the doors of the Supreme Court in the case against freebies, said the use of the word ‘freebies’ is wrong, inappropriate and unacceptable.
DMK’s organising secretary R S Bharathi, who is the petitioner, said that the core of the Dravidian movement’s ideology is socio-economic upliftment of the backward, most backward and all other oppressed sections of the society.
Tracing the origin and rise of the Dravidian movement from the days of the Justice Party about a century ago, Bharathi said that opening up access to education to the marginalised and backward people was the first step taken by the Justice Party (JP) stalwart Thiagarayar (1852-1925).
The JP leader made education, books and lunch available to school students free of cost.
“This encouraged students to go to schools. How can you refer to such initiatives as a freebie? Such initiatives have evolved over time. The lunch scheme eventually blossomed into a nutritious meal programme. Now, our Chief Minister M K Stalin has launched the breakfast scheme for school students.”