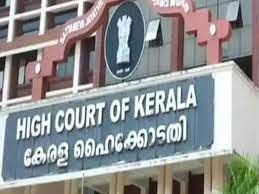 Thiruvananthapuram: The Kerala High Court today directed the LDF government to forthwith issue orders prohibiting its employees from abstaining from work as part of the two-day nationwide strike.

The interim direction was issued by a bench of Chief Justice S Manikumar and Justice Shaji P Chaly on a PIL by one Chandra Chooden Nair S.

The court said government employees do not come under the ambit of workers and their participation in the strike is against service rules.

The bench, which was hearing a petition of activist Chandrachoodan Nair, observed the employees’ participation in the strike is illegal. It added they will be ineligible for pay for the days they abstain from work. The court directed the government to declare no work, no pay. Employees absent in such cases were earlier considered to be on leave and given full pay.

As per Rule 14 (a) of Part I of Kerala Service Rules, the period of unauthorized absence of an officer on account of participation in a strike shall be treated as dies-non. Such an officer shall not be eligible for pay and allowance for that period and shall not even be counted for admissibility of earned leave.