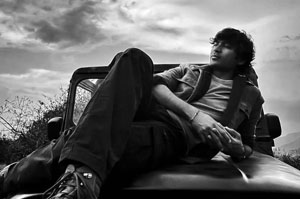 The team of director Selvaraghavan’s much awaited film ‘Naane Varuven’ featuring Dhanush and Swedish actress Elli Avrram in the lead, on Monday announced that it had wrapped up the shooting of the film.

Actor Dhanush tweeted, And it’s a wrap. ‘Naane Varuven’. He is coming!

Director Selvaraghavan, who is also Dhanush’s elder brother, wrote, And it’s been such a fantastic journey with Dhanush! Enjoyed every bit of it.

The announcement by the crew that they have wrapped up the shooting of the film comes just a day after the film’s leading lady Elli Avrram announced that she had completed shooting her portions for the film.

Elli had said, Feeling so blessed and excited to finally share this with you all.

Yesterday was a wrap for me, completing my part in ‘Naane Varuven’ with my wonderful co-actor Dhanush K Raja, brilliant director Selvaraghavan sir and outstanding DoP Om Prakash. Thank you for having me onboard.

The film has triggered huge expectations as Dhanush and Selvaraghavan are working together on a film after almost 11 years.

Dhanush plays double action in the film, which has been by and large shot in Ooty.